Popular posts from this blog

December 04, 2005
I am so upset right now! I feel betrayed! I just found out that for years now Cat Stevens has been a Muslim! It's just so wrong to me! Here is a man who wrote such peaceful wonderful songs, and now he has joined such a hate-filled religion! I am just floored. He decided to turn his back on Jesus and embrace Muslimity. Muslimity doesn't allow him to sing any of his songs or play guitar or anything like that! He can only do the call to prayers and that song just gives me the creeps. And I heard that he was all behind that fatwa thing against that Rushdie guy. What ever happened to everyone climbing aboard the Peace Train? What happened to Tea for the Tillerman? While the sinners sin the children play??? HUH??? I guess now for Cat Steven or whatever mumbo-jumbo he is calling himself these days, the happy day will be when everyone is a Muslim and the streets run red with the blood of the non-believer. Oh Lord, how they play and play. Here's some new Cat Stevens lyrics, wr
Read more 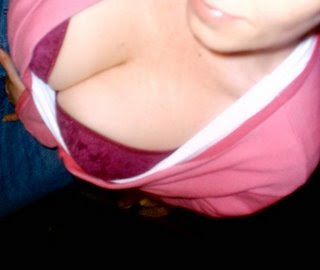 To all the perverts at Sadly,No!, Happy HNT!
Read more

AnnieAngel
Hi my name is Annie and I love Jesus. Do you? Jesus loves you and He doesn't want you to burn in Hell. Right now you are damned, unclean, your soul is a filthy rag and your future is doomed. Let Jesus into your heart and you will find eternal life. Drugs are not you. Booze is not you. Gambling is not you. Sexual perversion is not you. Your spirit is you and your spirit belongs to God. Free yourself from the chains of the corruption of the flesh through the flesh and blood of our Lord and Saviour, Jesus Christ. Amen and Have a Blessed Day!